Over the past two years, I’ve attended several of Florida Gulf Coast University’s Wind Orchestra concerts and each time, I’ve thoroughly enjoyed the performances whether at Artis – Naples or in Fort Meyers, Florida. But I didn’t expect there to be such a powerful masterpiece which I had the opportunity to hear.
The conductors, Gary Green and Troy Jones, kept everyone’s attention and interest with the professionalism and talent the university students consistently displayed. What made this concert extraordinary and touching was a particular piece which was commissioned by Alan and Dolly Bodick Korest for the Bower School of Music & the Arts. James (Jim) Stephenson’s Requiem Dances for Children showcased its premiere performance and it was by far the most moving piece of the afternoon. 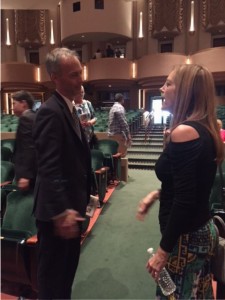 Jim, the composer, eloquently explained to the audience prior to the college students’ performance, that he created this masterpiece in response to the anger he felt after “yet another mass shooting occurring in this beloved country of ours”. He was referring to the tragic incident that killed and injured high school children in my own backyard, Broward County, Florida on February 14, 2018.
He went on to share his deep need to channel his feelings into the music he created. When you listen to the instruments, you can feel dance-like rhythms with severe undertones of the foreboding circumstances. Requiem Dances for Children represents the hopelessness he was feeling for the future – the same hopelessness myself and everyone else also felt. 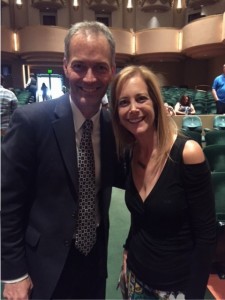 I’m proud to say that my nephew is one of the trumpet players in the FGCU Wind Orchestra. Attending this concert and meeting the composer of such a masterpiece was truly a highlight of my weekend in Naples last week. 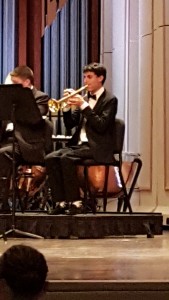 I found the performance to be healing in a surprising way I never would have expected. We hear all the rhetoric in government regarding school shootings, and so many of us feel hopeless because these events unfortunately continue to take place all around our country. But hearing the music and having someone convey his emotions through this masterpiece made a major impact on all who were blessed to attend and listen to the world premiere of Requiem Dances for Children. 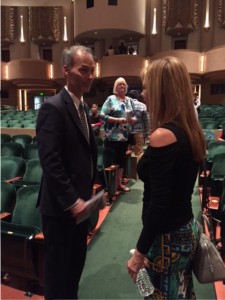